If you are searching for the best Cyberghost VPN review at the internet? No problem, we got you covered at ProXPN. The last couple of years, we saw an enormous growth in the amount of VPN providers at the market, which is quite logical since an estimated 35% of internet users have been using VPN services the past year. Choosing the right one can be quite a task, but don't worry about it because we are here to help you out. Read our in-depth Cyberghost VPN guide and learn everything about this service, we are quite sure that once you’re done with reading you will know if this service suits you best.

Powered by 15 Years of Expertise
$ 12
99
Monthly
Get Cyberghost
With CyberGhost VPN you can remain untraceable and anonymous online. That's thanks to their unparalleled VPN protocols and encryption standards, which protect you from hackers and snoopers even when using unsecured Wi-Fi networks.
First plan

My experience was that CyberGhost is quite satisfactory in every respect except for streaming. Not surprisingly, CyberGhost is one of the most popular VPN providers in the world. The service works well, is fast and is also very secure. Regarding privacy, it is also well organized. Continue reading our Cyberghost VPN review to find out more.

Cyberghost VPN app scores a 7.4 for its ease of use. The pros and cons are below.

For this CyberGhost review, we evaluated how easy is it to install and set up VPN services for private internet access.

Downloading CyberGhost VPN for installation took longer than with other VPN apps. I had to install a different version of the .NET Framework before I could proceed. Only then could CyberGhost VPN itself be downloaded and installed.

It is nice that you do not have to log in again after installation. You can use the CyberGhost VPN service to automatically connect.

The user interface on CyberGhost VPN is fairly clear and looks professional. The Windows app is well constructed and largely self-explanatory.

In my opinion, the menu could be a bit more user-friendly in comparison to most VPN services, for example, ExpressVPN. Some functions are not easy to find on the Windows app.

Connecting to a VPN server is very fast. The same goes for switching to an alternate server.

One downside is that some websites sometimes don't seem to be reachable, or not immediately, once the VPN is turned on. For example, I could not reach some test websites via CyberGhost VPN, even when another VPN server could access it. I even tried using other browsers. With other VPN providers, the website does load immediately.

CyberGhost VPN supports 7 devices simultaneously through one account, which exceeds the allowance of most other VPN services. A small disadvantage is that it keeps track of the number of devices you have the app installed on.

The CyberGhost VPN service is also suitable for many devices and operating systems, as shown below.

You can pay for CyberGhost VPN using:

In short, there are plenty of common payment options available.

CyberGhost customer service is very quick and easy to reach. I was helped by an employee within 1 minute. The employee immediately asked the right questions and was able to solve the problem.

CyberGhost customer support is available in English, French and German.

CyberGhost scores a solid 8.8 for its privacy and security performance on a VPN connection.

Security and privacy remain the two most important factors in a VPN, especially with respect to server locations. Fortunately, CyberGhost provides full satisfaction in this respect.

The pros and cons of Romania

CyberGhost's headquarters are in Romania (Bucharest). Therefore, the company operates in accordance with European privacy legislation, which may at first seem like a disadvantage.

Fortunately, though, there are no laws in Romania that oblige a VPN provider to keep track of user data or to cooperate with requests from governments, companies and other authorities.

CyberGhost has about 36 million accounts worldwide. This makes it one of the most popular VPN mobile apps. Please note that you must provide an email address before you are able to create an account.

CyberGhost keeps no logs of their users. This means that no records are kept of which websites you visit and at what times. It is not quite the strict no logs policy we would prefer, as CyberGhost does keep connection logs and tracks how much data you use and how many devices you are connected to.

CyberGhost's transparency report states that more than 100,000 requests are made each year to retrieve user data. Most of the requests are about the Digital Millennium Copyright Act from various law firms representing production companies regarding copyrighted material shared through a CyberGhost IP address.

Encryption security is therefore perfectly fine, in my opinion.

CyberGhost scores a strong 8.9 for its VPN speeds.

Speed during daily use

It is not entirely clear to a user whether a connection is automatically made to the fastest server location, but my assumption is that this is the case.

We tested CyberGhost's speed on one of its local servers. We found downloading and uploading to be super fast.

I would like to note that the ping is no less than 15ms higher than without VPN. A ping of 18ms is still more than fine, but it does show that there is a slightly higher latency (response time).

Since the ping remains low, you can also play on US servers, if that is on your wish list.

CyberGhost scores a 7.5 for the options it offers.

CyberGhost VPN has the most VPN servers available after Private Internet Access (PIA). There are more than 7,400 servers spread out over more than 90 countries. The chances of encountering an overcrowded server are practically nil.

CyberGhost advertises that it can unlock a very large streaming service. To achieve this, the provider has dedicated streaming servers that have been optimized for this purpose. These servers are located in countries such as the US, Germany, the United Kingdom and Brazil.

For example, the CyberGhost does have a dedicated VPN server that is optimized for Netflix US. This one works great.

In my local testing, I couldn't get Netflix to work via CyberGhost VPN when I connected to a local server using my Android phone. The funny thing is that Netflix on the laptop works fine again.

Cyberghost VPN provides dedicated torrenting VPN servers optimized for P2P. That means download speeds on its torrenting servers are fine, and you can download torrents without worry. Please respect the copyrights on films, TV series and games.

At CyberGhost VPN, you can request a dedicated IP address for your VPN connection for an additional cost of 4.25 euros per month. You can then choose from IP addresses in:

The CyberGhost app offers you a number of useful features as standard with your VPN connection, such as:

For those who want even more, in addition to the VPN, Cyberghost VPN offers a security suite with: 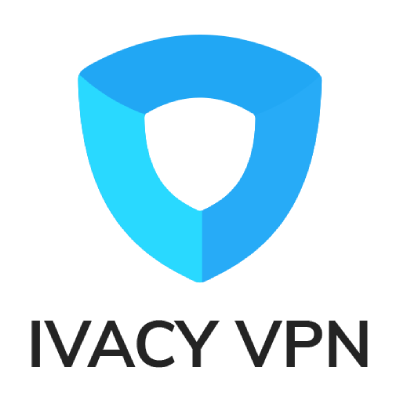 CyberGhost VPN has a 45 day money back guarantee, which is better than what most other VPN suppliers offer. Bear in mind that if you choose the monthly subscription, you only have 14 days to back out of it without incurring an expense.

Unfortunately, CyberGhost offers no free trial, an offering that we regret to say too many other VPN services also neglect.

We hope you found this Cyberghost VPN review helpful in choosing a VPN provider to hide your IP address.

Is CyberGhost a trusted VPN?

CyberGhost is a secure VPN with OpenVPN and WireGuard encryption. It has a no-logging policy and a detailed disclosure, so it doesn't keep any records.

Why would someone use CyberGhost VPN?

CyberGhost is a popular VPN that encrypts your data and runs it through a secure tunnel, so even your ISP can't see what you're up to. Even Deep Packet Inspection, which allows ISPs to determine whether you're streaming, downloading, or simply browsing the web, isn't effective against CyberGhost VPN encryption.

Does CyberGhost sell your data?

Does CyberGhost VPN work with Netflix? Yes, absolutely. Thanks to their dedicated streaming servers, CyberGhost is one of the few providers that can still break Netflix's VPN blockade.

How do you get the best out of CyberGhost?

Depending on the VPN provider, you may be required to change the protocol. Not all VPNs provide this choice, but CyberGhost's Windows software allows you to do so under Settings > Connection. Change the default ‘Automatic selection' option to OpenVPN, which is usually the greatest and quickest solution.